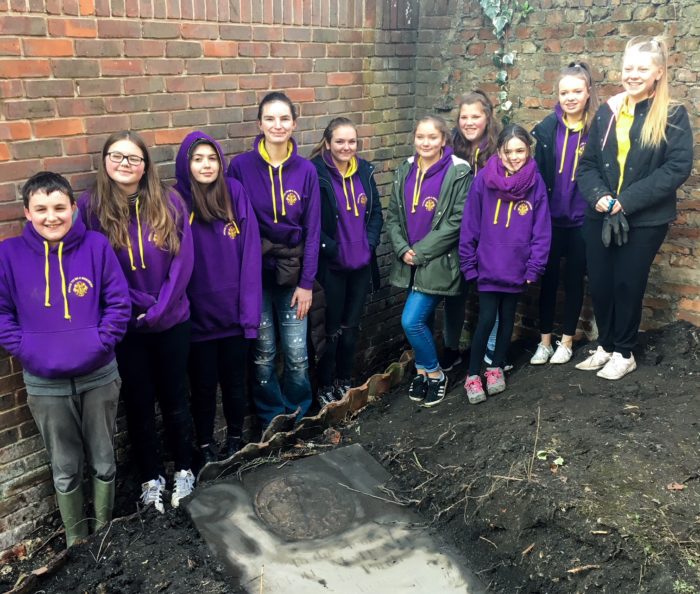 Once again our amazing Leo’s have been working hard in the community!

On Saturday 24th February they made a start on reviving the ‘lost’ Quaker graveyard in which John Matravers, the original benefactor who donated £1000 in his will to start a school in Westbury, is buried.

Lion Mike Pearce said, “The Leos came to the club looking for ideas for a project that they could help with. We identified that this area could do with a tidy up as it has been left for many years and was a complete mess.   Once we started researching the history of the site with the help of Sally Hendry, we started to discover some really interesting facts about the place.”

Local historian Sally Hendry from the Heritage Society has provided lots of background for the team.  She says “The area has been untouched for many years. Research shows it was probably first used in 1720 for the burial of John Matravers; it was then in existence for almost a century, with the last recorded burial of another John Matravers in 1814.”

“Of the 17 burials I have researched so far, all but three were members of the Matravers family.”

“The Matravers family were an important Westbury family and were mill owners. They were also important in helping the town, for example the will of John Matravers, who died in 1814, left £1,000 for the formation of a free school for Westbury boys and girls, so his name lives on in our current school.”

“I am so pleased work is to start on restoring this special piece of Westbury history. The Matravers name is a significant part of our town’s heritage and as such, should be recognised.”

More trips will be required to complete the project, but in just a few hours the team had filled a skip with rubble and cleared all of the weeds.  After some careful excavations under the supervision of local historian Sally Hendry and a representative from the Quakers, they managed to uncover the gravestone of John Matravers and his wife Susannah, which had been buried under soil and builders rubble for years! 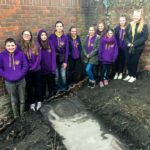 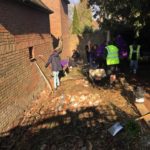 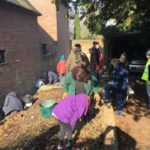 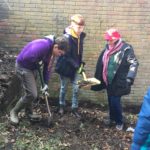 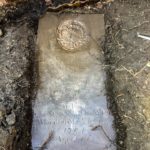 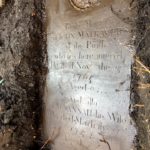 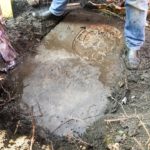 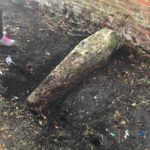 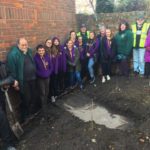 Thanks to everyone who helped and supported our young team on the day, especially Hire Standards for loaning them wheelbarrows and shovels, and the team at Pinnegar & Finch for supplying a skip and allowing us to invade their car park.  We are also grateful to other residents who assisted in providing teas and coffees and lots of enthusiasm on the day, making this a very rewarding activity for all.