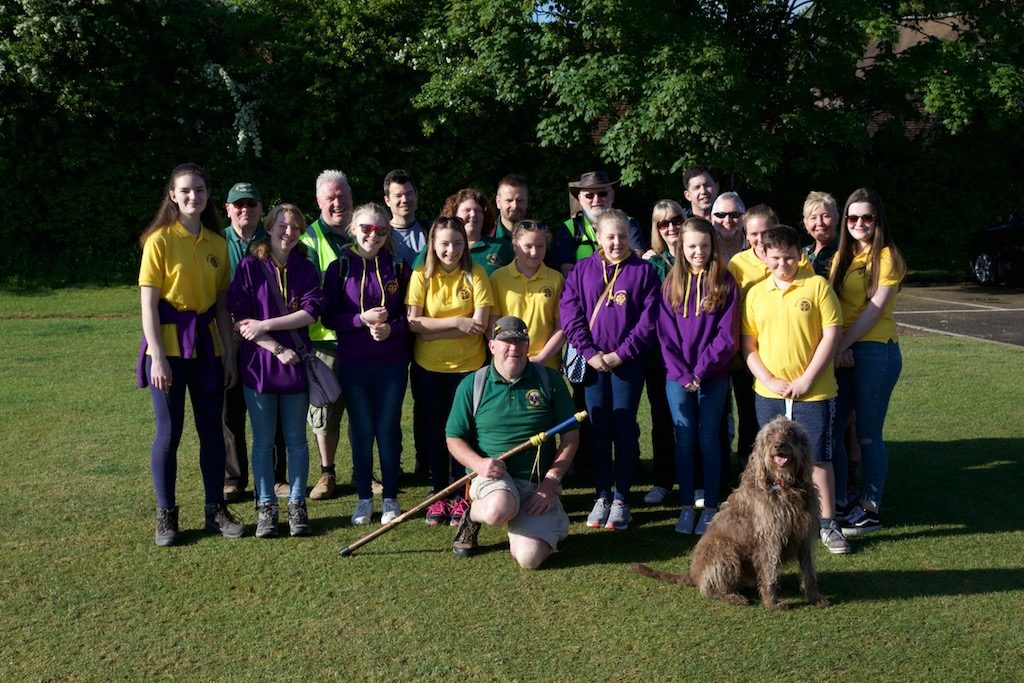 With 2017 being the centennial anniversary of Lions Clubs International, clubs from all over the world have been invited to mark the occasion in as many interesting ways as possible.

For the Lions in District 105D, Zone 2c, it was decided that a walk between the 5 zone clubs would be a fitting way to celebrate.  Members from Bradford on Avon, Trowbridge, Westbury, Warminster and GMS (Gillingham, Mere and Shaftesbury) Lions Clubs would embark on walking part or all of the distance of approximately 35km, and invite members of the community to join them on the route as they went by. Departing the Tithe Barn at Bradford on Avon

Setting off on Saturday 13th May from the Tithe Barn in Bradford on Avon, a small team of representatives from the clubs walked the picturesque canal towpath to Trowbridge.  On arrival at Trowbridge, they were greeted by their fellow Lions from the town with a welcome break of tea and cake, and a quick tour of the Town Hall. They then continued their journey across the footpaths between the towns to Westbury, finishing day one at the Market Place before heading to the Horse and Groom for liquid refreshments. Day 2 was an early start for some, with an 8am departure from Leighton Sports Centre consisting of a large contingent from Westbury Leos Club alongside the Westbury Lions members, who’s sole task seemed to be ensuring that the Lions didn’t get lost as they travelled across the edge of Salisbury Plain to Warminster. 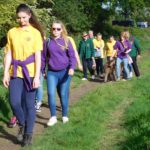 Leos heading out of Westbury towards Salisbury Plain 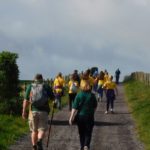 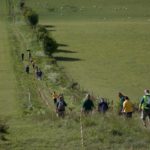 Despite their proximity to the firing range, no Lions or Leos were hurt in the making of this walk… 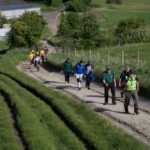 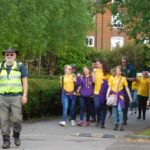 Arrival for the Leos at Warminster Town Park

Despite a near miss from a wayward tee shot as they passed the West Wilts Golf Course, everyone arrived safely in the Town Park just after 10am to be welcomed by Warminster Lions with a presentation of more tea and doughnuts. The final stage of the journey was arguably the toughest, with the remaining members of the team departing Warminster and heading across the Deverills to Mere.  This section took 6 hours to complete and included an impromptu shower as the weather decided to take a brief turn for the worse, although the arrival at Mere was met with warm sunshine. Receiving a warm welcome with the members of GMS Lions

Members from GMS Lions Club welcomed the team with more tea and a selection of delicious cakes and sandwiches, with the occasion being marked by a team photo outside St Michaels Church.