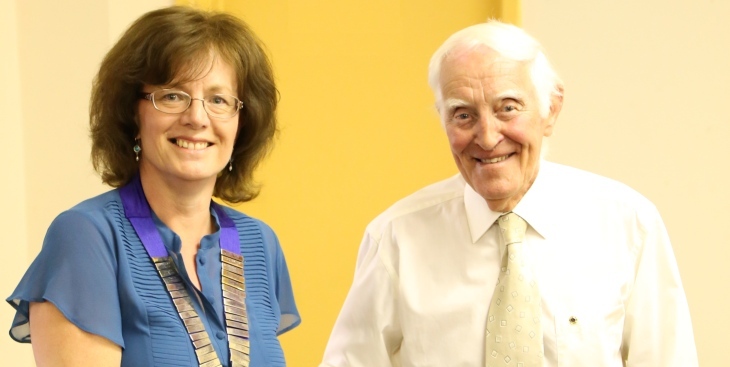 Westbury Lions recently welcomed a new member to the club with a unique history – he was one of the original founding members!

Stan Flukes helped form Westbury Lions Club in 1973 with 6 other members (his name appears alongside those on the original charter document for the club!), but resigned to pursue other interests and commitments in the mid 1980s.

Happily retired and finding himself with a little more free time, Stan recently met up with membership chairman Mike Pearce, who suggested it might be time for Stan to come back to the club.

After attending 3 meetings and assisting at the recent Donkey Derby, Stan was badged up by newly elected Lion President Anita Drago at the clubs July business meeting.